Another trip recap done! Back in February we traveled with the kids to London for a quick 6 night trip. They  had a week off school and we were going to Los Angeles for an event on the front end of the week - so we decided to book the cheapest international flight out of LAX that we could find. It ended up being to London on Air New Zealand. 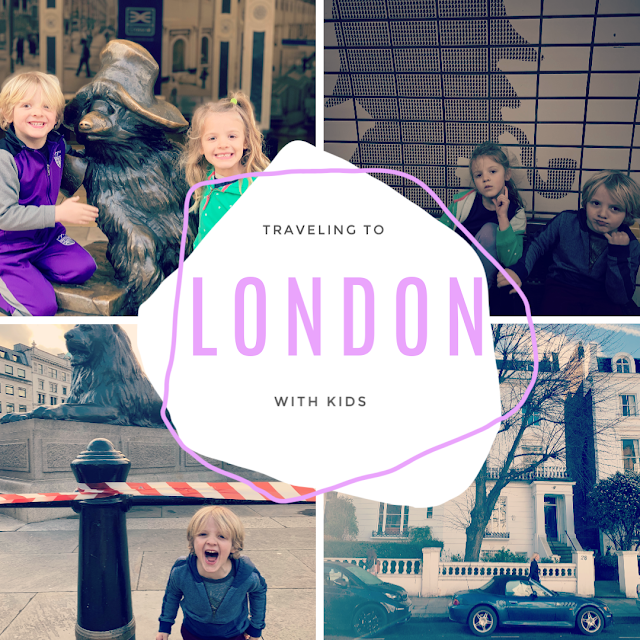 First, we LOVED the airline. We paid the extra for the skycouch on the way there and it was worth it, since traveling with kids overnight can always be a little stressful.  On the way back we didn't get the skycouch -- and we were still pretty comfortable. It was all really smooth -- and just an over all great experience.

We stayed at a lovely Airbnb in Notting Hill -- it was a nice little neighborhood and an easy walk to the underground. That was important for us since we didn't want to rent a car. We like to have the flexibility of a house or apartment when on a family vacation.

We opted for the London Pass for the week with the travelcard -- and while I don't know that we saved that much money - I think we at least broke even. The travelcard is super convenient and we didn't have to add any money to it the whole time we were there. You also get a discount at many of the gift shops -- so be sure to remember to show the card.

We were super lucky to get to see the Queen -- but I was a little strategic about upping our chances. Before we went - I checked the future engagements calendar on the Royals website -- to see if anyone was going to be attending any events we might see, etc. There was only one day that the queen had something on her calendar and it was the same day as the changing of the guards. So we picked that day to go watch the changing of the guards and got lucky that she left during that time. We saw her drive by in her car and it was pretty neat.

Below are all the restaurants, museums and other attractions that we went to and enjoyed. One note - we happened to go at midterm break for London schools - so a lot of the museums had extra stuff to cater to kids -- but from what I can tell they are all kid-friendly museums to begin with.

As far as restaurants - we kind of just ate where ever we ended up and looked for a spot. But we were pretty happy with all of our choices. Here are the kid-friendly spots in London that we found:

Farm Girl: We decided to check this out one morning for breakfast because of the gluten-free options (which are few and far between in London.) The food was good for Jonny and I - but a little too health crazy for the kids.

The Real Greek: We found this in the Westfield Mall and really enjoyed it. Of course we all love Greek food -- so I figured we couldn't go wrong - especially with the meze style of service. They have a great kids menu with a meze option for them too. Be sure to try the Halloumi Fries. So good.

Honest Burgers - Portobello: This is where we ate the first night in London - right down the street from our Airbnb. The burgers were good - and we all enjoyed our meal. It's a chain so there are more throughout the city.

Prima Sapori D'Italia: After the Transport Museum we had a hard time finding a restaurant near by that wasn't packed. This is where we ended up and it was a great find. The pizza and food was delicious and the service was good.

The Gipsy Moth: This is a little pub right by The Cutty Sark. We stopped in for a drink and some snacks and it was a perfect little order from the bar - pub experience. We got to sit outside so the kids could watching the people and a few street performers and the carousel. 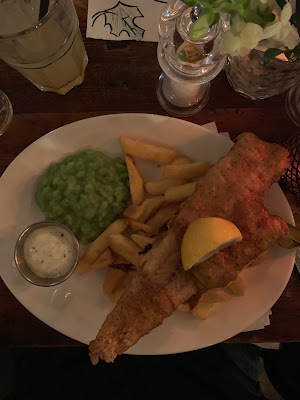 The Sun in Splendour Pub: We walked past this cute pub on our way to and from the underground and our Airbnb. We finally stopped for dinner one night - and Jonny would pick this as his favorite meal. (Enough so that he took a picture of his plate!) It was what we considered real good "pub food" and the kids enjoyed it too.

Gelateria 3Bis: We of course have to get ice cream whenever we can on vacation -- and this was right across the street from the Honest Burger. So it was the first ice cream we got. It was pretty good and I got a delicious affogato. 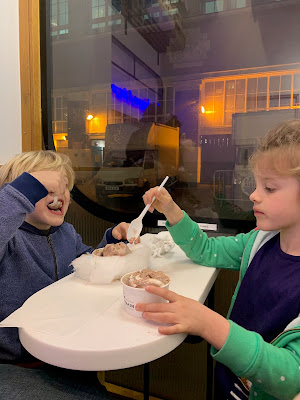 Milk Train: When I asked Lucille what her favorite part of London was she said "That place where we got ice cream with cotton candy." Another totally made for Instagram moment. But it really was good. We did this after the London Transport Museum and after dinner at Prima Sapori D'Italia. 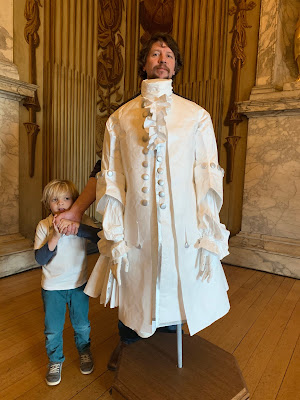 Kensington Palace: This was the first museum we went to -- and one I really wanted to go to. We had shown pictures of Prince George and Princess Charlotte to Gus and Lucille so it was neat to point out which section of the palace they live in. They had people dressed in character which the kids liked. Also they had a section that had Victorian-era games that the kids could play. (Part of the London Pass) 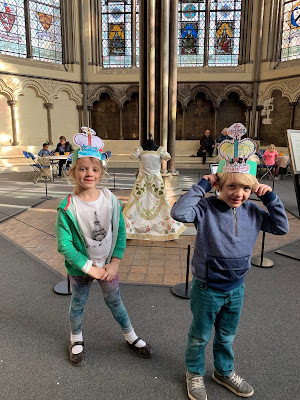 Westminster Abbey: This was Jonny's favorite museum. So much history buried in one spot. It really was neat to walk around and think about all the history there. Also - the kids had a great experience getting to decorate paper crowns. They have a walking headset tour - a version for the kids and for the adults.  (Part of the London Pass) 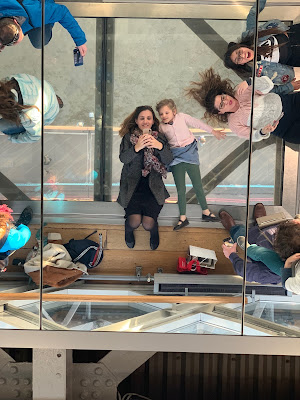 Tower Bridge: This was a great tour -- a especially for the glass floor on the bridge. It's a totally perfect Instagram moment and the kids LOVED laying down and staring into the water below. It is just a beautiful bridge. (Part of the London Pass) 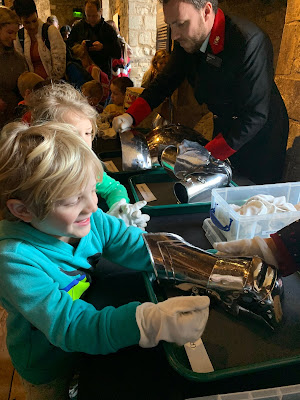 Tower of London:  I just love reading historical fiction -- and the tower holds a lot of it. We got in quick and the line to see the crown jewels wasn't so bad so we did that. It was pretty impressive although I don't know that the kids got much out of that. They had some great special activities for the kids. The got to put on armor and watch the knights perform a show. It was packed but so much to see. (Part of the London Pass) 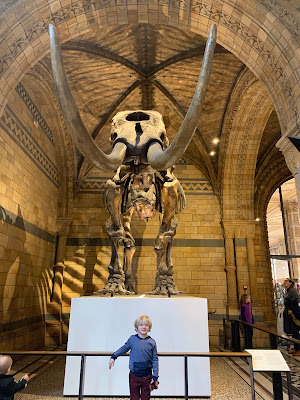 Natural History Museum: We got in this line right before the museum opened when it wasn't as long as it gets sometime. It is a great museum to explore and I wish we had spent more time in it. The kids were interested some of the time -- but would get really distracted by all the gift shops and food stops throughout. It was still a really interesting museum. SO much to look at.

London Transport Museum: Probably my kids favorite museum -- this took you through the history of transportation in London. Since Gus is really into trains and anything with wheels - this was a hit. Lots of hands on activities. The kids got little passports that they stamped as we walked around and they had a great gift shop too. (Part of the London Pass) 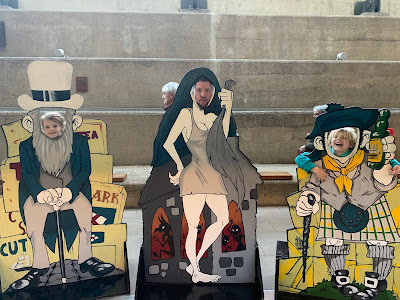 Cutty Sark: If the Transport Museum wasn't my kids favorite - than this was. It was a great tour of a British Tea Clipper -- and a totally unique experience. The boat smelled like tea - they had a kids passport to stamp as you explored the museum and lots of hands-on experience. Totally worth the visit if you've got kids and Greenwich is a nice area to explore too. (Part of the London Pass) 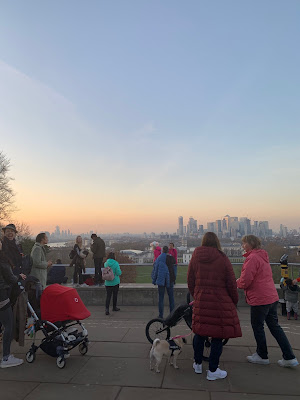 Royal Observatory: We didn't make it to the actual museum (it closed before we got up the hill.) But we did get to explore the park around the museum and got a great view of London and the sunset. I'd like to come back and see the museum next time. (Part of the London Pass) 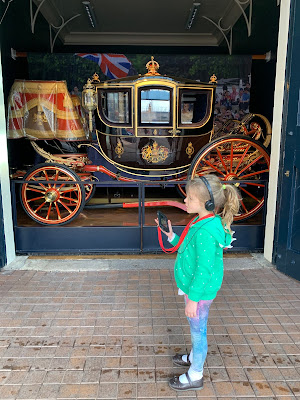 Royal Mews: This wasn't on our list of must-see places - but it was a great stop. We got to the changing of the guards early so we did a quick run through to see the carriages and coaches. While we were there - they pulled out the Queens car with a police motorcade escort - which confirmed my suspicions that the Queen might be leaving the Palace that day! (Part of the London Pass) 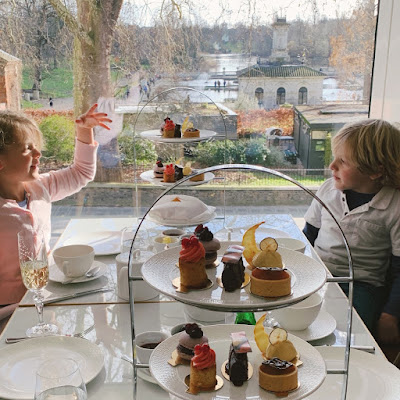 Tea at the Royal Lancaster: We had a lovely tea at the Royal Lancaster and it was a great experience. We were a little hesitant to take the kids to tea because - well they are crazy. But they did great. The service was great. They catered to the kids - and gave them all cheese sandwiches that they gobbled up and Gus probably drank 4 cups because he could put a sugar cube in each time.

ZSL London Zoo: We always like to check out the zoo in any town we go to -- so we had to include this. It was a fine trip and lots to see -- but I wouldn't say it was the best zoo that we've ever been to. It was good weather but there was a lot of animals that we just weren't able to see. It was fine but I wouldn't say it is a "must-see". (Part of the London Pass) 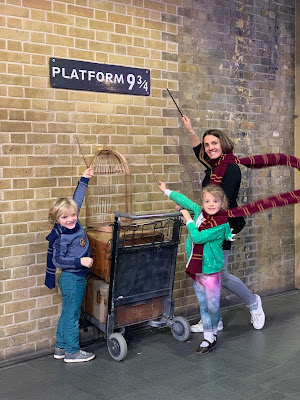 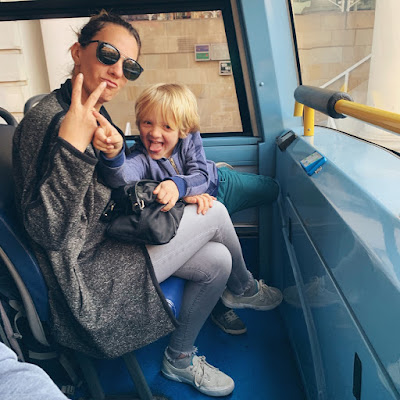 Golden Tour Hop-on Hop-off Bus: I think our favorite way to get around London was the underground. But it was nice to do the bus ride one of the days. The kids enjoyed it and we got to see some landmarks we wouldn't have otherwise. (Part of the London Pass) 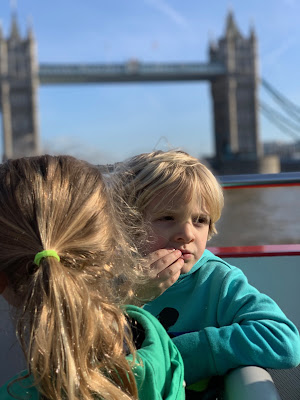 Thames River Boat Cruise: Another nice way to see parts of London - the kids really had a blast on this cruise. The sell snacks (and beer and wine!) so it makes it a nice relaxing way to view the city. It is also Hop-on Hop-off but only between about 3 locations. I'd say we preferred this to the Hop-on Hop-off Bus if you were just going to pick one. (Part of the London Pass)

A few final notes -- we didn't do the London Eye. The kids really asked to - but I just couldn't justify the time of waiting in line and it isn't part of the London Pass -- so I really focused on the things that were included in the pass. I do wish that we had the time to make it out to Windsor Castle -- but maybe next time! We will definitely be back.

Have you been to London with kids? What did you enjoy the most?

If you want to see more of our family-friendly trip to London - just check out our Instagram London Stories (@themartinmom and @themartinbunch)
Labels: family kid-friendly travel