Bike Racing for all ages.

My kids LOVE riding their bikes. They also have a real fascination with competitions. Last week I found something to satisfy these two things: the Prairie City Race Series Kids Races. Oh, my goodness. So friends of our from preschool participated in the first race and we were so excited to join them last week for the second race. 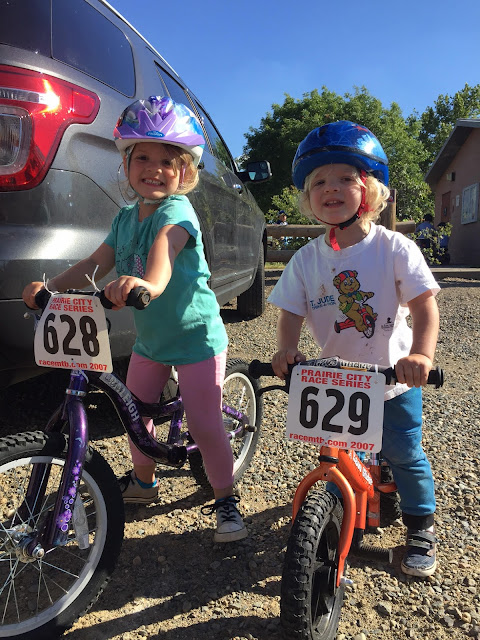 The race for the kids is a one-mile loop that includes a moto-cross track with gentle bumps and banked corners. The kids all get numbers to attach to their bikes and they get medals upon completion. The whole experience was amazing in the eyes of a 4-year-old and almost 3-year-old. 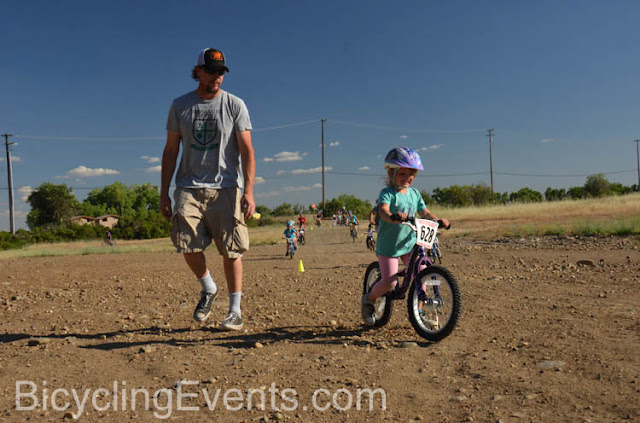 I was so proud of how both kids did. Lucille's bike is a modified "big-girl bike" that has the pedals and gears removed to make it a strider bike. It's still a little big for her to move around -- but she has so much room to grow into it - and she just loves it. I know it wasn't easy for her - but she stuck with the course and finished about middle of the group. 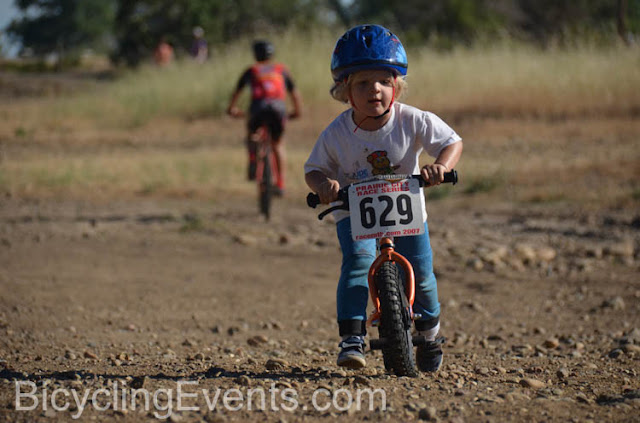 Gus is on a smaller strider bike that he can just practically run on. He made a break for it early - and did the majority of the race on his own (with Jonny walk/running with Lucille a little ways behind.) I'm pretty sure he was the first finished under 4. And he slowed down a bit at the end looking for a familiar face. I'll be excited to see how he does this week.

The registration was just $10 per kid and each additional race in the series is $5 per kid (the races are each week for 4 weeks.) 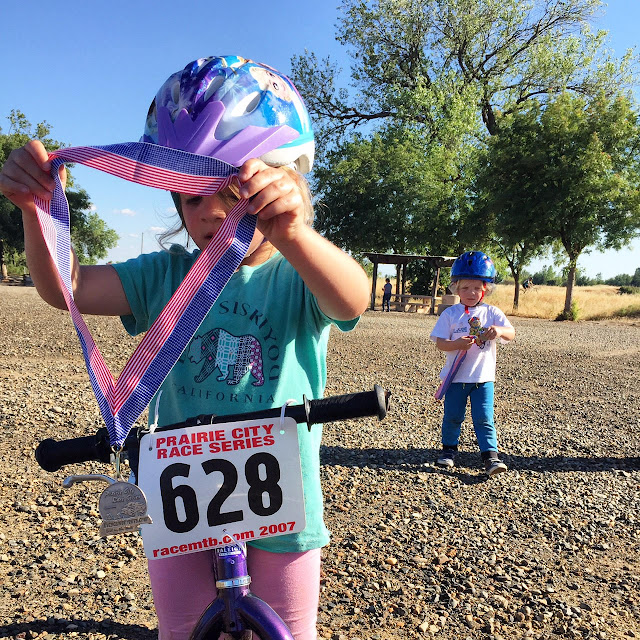 My kids had such a blast and I would totally recommend this to any local readers with little bike lovers. Look for us out there on Wednesday and say hi!

Thanks to the race series photographer too, for the shots during the ride!
Labels: exercise kid-friendly outdoors sacramento