Random Musings of an "Almost" 3-year-old 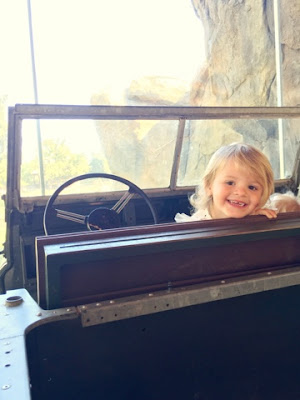 Every day, when I drive Lucille and Gus around in the car - I wish that I had a video camera like in "Taxi Cab Confessions" because the things that Lucille says are hilarious. She's hilarious outside of the car too -- but when I'm driving I can't write it down - or video it, because I'm well, driving.

I vaguely remember this mornings conversation on the way to drop brother Gus off at my parents before I took her to school. With this ending... it would have been way better in a video - but alas, all I have is my memory.

I'm warning you now, the conversation is a little gross. But hey, she's only 3. And if you are wondering, Gus just sat their very quietly - most likely just absorbing every little word his big sister said.

Anyways, on to the funny stuff. Here is our morning conversation.

Lucille: I hope Vivi is at school today, but sometimes she isn't. Why isn't she at school sometimes?

Me: I dunno... sometimes you aren't at school because you visit your grandma. Maybe she visits her grandma?

Lucille: Or maybe she is sick.

Me: Yup. {Sidenote: She doesn't throw up all the time - like she might be making it seem.}

Lucille: Does Vivi throw up?

Me: Probably, everyone throws up every once in a while.

Lucille: Sometimes I sneeze. But it doesn't mean I have a cold.

Me: Yah, other things can make you sneeze too. Like allergies, pollen from flowers or getting dirt or something in your nose.

Lucille: Like boogers. Sometimes I have boogers in my nose.

Lucille: And sometimes I pick them - like I am doing right now...
Labels: family kids mommy life