Another month has just flown by... and we get closer to 2017. It seems unbelievable. One of my best friends and I used to always start say "It's almost New Years." Around August and September. But yes, it feels like it is almost New Years.

Anyway today is also Friday - so I've got some things for you to read to get into your weekend. 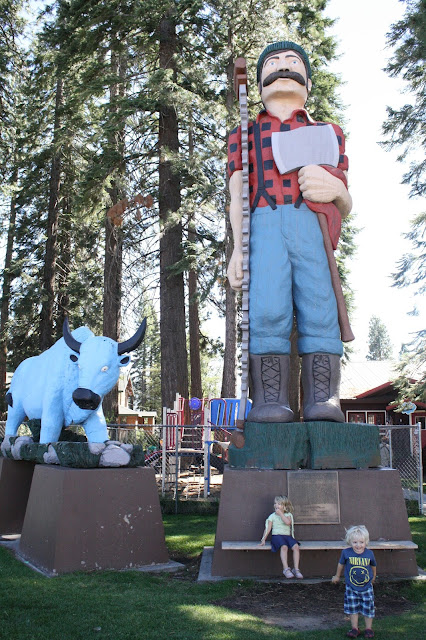 What do you know about Paul Bunyan? Since we got to see the statue in Westwood (pictured above) - the dispute of his origins intrigues me.

Meditation instead of detention in a Baltimore School.

I love Santana on Glee. Especially the character she grew into in the end. I'd be interested in reading Naya Rivera's book, for sure.

A great article on what having a "foodie" president has meant for us.

As a momma of a little boy who LOVES to play princess with his big sister and also loves trains and rocketships... this toy ad makes a lot of sense. Gotta love that it is a remake of Beyonce's "If I Were A Boy...."