I have had really grand hopes for posts over the past week - but my own personal life has had other plans. First, we had a great family overnight up at Lake Tahoe for the husband's birthday - and I am hoping to do a post on the fun we had with the kiddos - but little Gus has had other plans.

Maybe we hit a 2-year sleep regression or something but all of a sudden he refuses his crib. REFUSES. Like you go to put him down into the crib and he grips on to you as if you were about to dump him into hot lava. He screams a horrible cry and if you dare to leave him in the crib he throws everything out, knocks over the monitor and then climbs out. 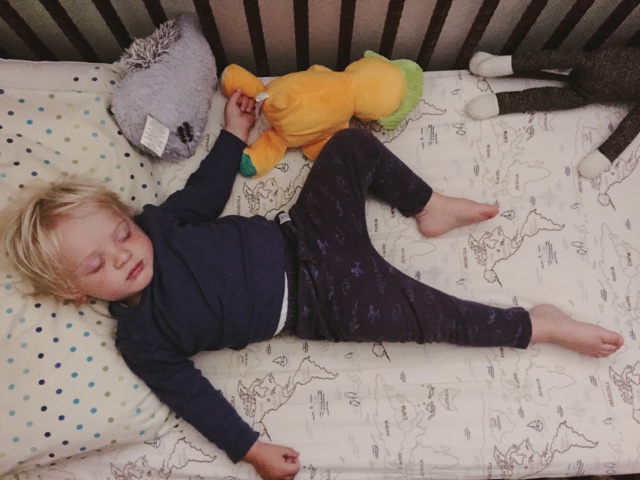 He had never even attempted to climb out of his crib before last Friday.

I mean, he is a total climber. He climbs and jumps off everything. But he has always been pretty happy in his crib, until now. Funny thing is, so far at nap time he goes in the crib no problem. But our nights have been pretty much ruined lately. And that is normally my time to catch up on work and blog - and now I just have to give in and go to bed with a clingy 2-year-old.

So it's been no fun. I'm lucky I got this post in - but Gus is napping and I bribed Lucille to leave me alone with a snack and a new toy. (P.S. a post about the wonders of bribery coming soon.)
We will try converting his crib into a toddler bed - but I can't imagine that's going to be any easier. See picture of our first attempt below. 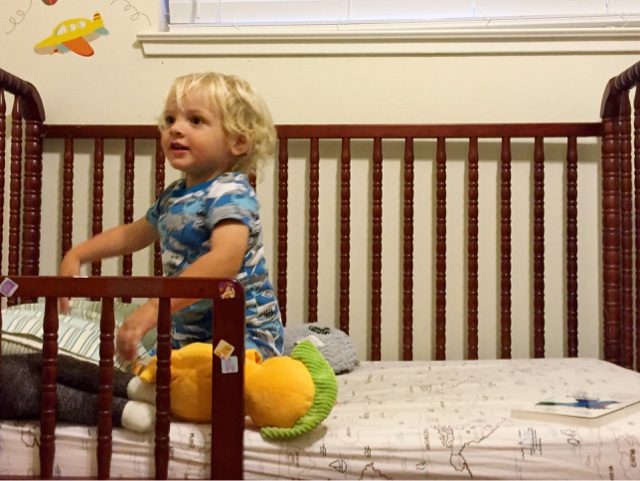 And with all that is going on in the world, I realize my problems are small in comparison to others. It does help put things in to perspective - but it also makes it hard to be positive about anything.

So I'm thankful my worst problem today is that I barely have time to write this post. Hope all your nights are going smoother than mine...
Labels: mommy life motherhood mondays sleep